George W. Flowers is an experienced executive and leadership consultant.

As an executive, he has extensive experience developing policies and procedures to improve organizational performance, and successfully developing and executing strategic plans. As an attorney, he has an established track record of regulatory compliance and facilitating transactions.

In 1995, George graduated from Princeton University where he majored in the Woodrow Wilson School of Public and International Affairs. He received his J.D. from Harvard Law School in 2001. Between college and law school, he served as an artillery officer in the United States Marine Corps. He started his legal career in the corporate group at Paul Weiss. Subsequently, he was in-house counsel at Merck and Schering-Plough, where he also served as the Chair of the Global Law

Department Diversity Committee. Later, he served as the Executive Director of the Beginning with Children Foundation and the Harold P. Freeman Patient Navigation Institute. In addition, he was Special Counsel and Deputy Chief of Staff at the Brooklyn District Attorney’s Office, before starting Invisible Hurdle.

In addition to executive coaching for individuals, recent organizational engagements include: training at HBO and the NYC Bar Associate Leadership Institute; speaking at the American Council of Chief Defenders conference; training at the leadership retreat for La Salle University; and keynote speaker for the First Judicial District of Pennsylvania Education Retreat. He is also currently working on building a non-profit for veterans and writing a book. 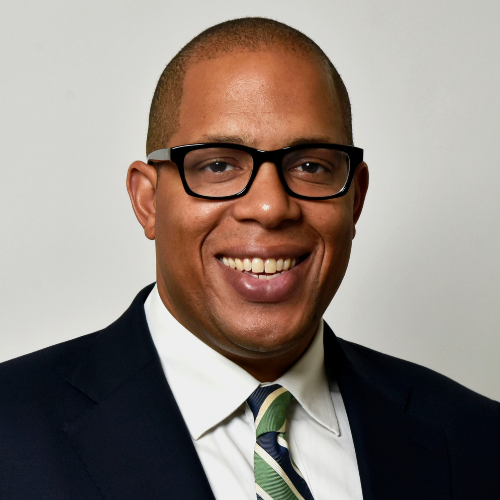