Courtney Caldwell is the Cofounder & COO of beauty-tech startup, ShearShare, the largest provider of on-demand salon and barbershop space rentals. The ShearShare app gives licensed beauty and barbering professionals the freedom and flexibility to rent workspace by the day in cities all over the world, while salon and barbershop owners make money on unused space.

Prior to cofounding ShearShare, Inc., Google Demo Day winner 2018, Tech. Co’s Startup of the Year, and a YC Fellowship and 500 Startups alum, Courtney managed an award-winning salon with her husband and cofounder, which was the genesis behind ShearShare. Before that, Courtney ran a boutique consulting firm where she fast-tracked international sales and marketing success for brands such as Zendesk, Zenefits, and Qualtrics.

Courtney spent nearly two decades building winning teams in tech marketing and has held leadership positions in both early-stage and late-stage technology organizations: vice president of marketing for Marketing Advocate, global director of Oracle’s worldwide digital marketing strategy and innovations group, head of digital demand generation and JAPAC field marketing at RightNow Technologies. Her leadership in demand and revenue generation at RightNow Technologies was instrumental in the $1.45B acquisition of the company.

Courtney recently received an honorary doctorate degree from Miracle University and is the 33rd African-American female to raise $1 million in venture funding. She was named to the Inc. magazine 2019 Female Founders 100 list, is the first African-American female to be named the SMU Cox School of Business Outstanding Young Alumna, the 2019 Ada Lovelace Female Tech Founder of the Year, is a 2018 Dallas Business Journal Women in Technology, and the 2017 L’Oreal Women in Digital NEXT Generation Award winner.

She volunteers with various children’s, education, and civic organizations, and serves on the Advisory Board for Ogle Cosmetology School, the Alumni Board for Southern Methodist University, the President’s Council at SMU, the Board of Trustees for Texas Military Institute, and the Board of Directors for the UT-Dallas Entrepreneurship Council.

Courtney lives in McKinney, Texas, with her cofounder husband, Dr. Tye Caldwell, and is mom to their 19-year-old son, Trey, a cadet and football player at the United States Air Force Academy. 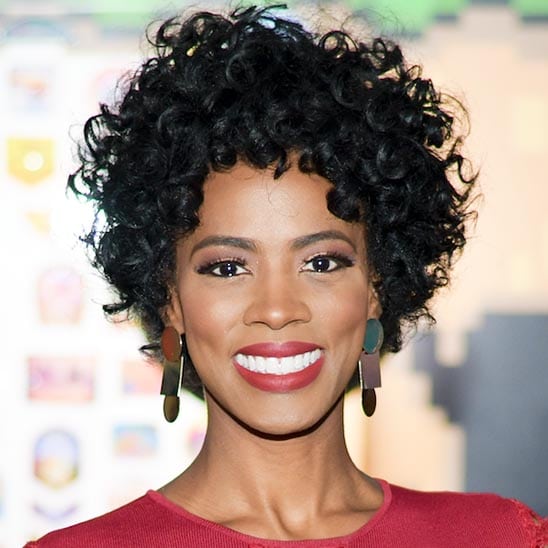